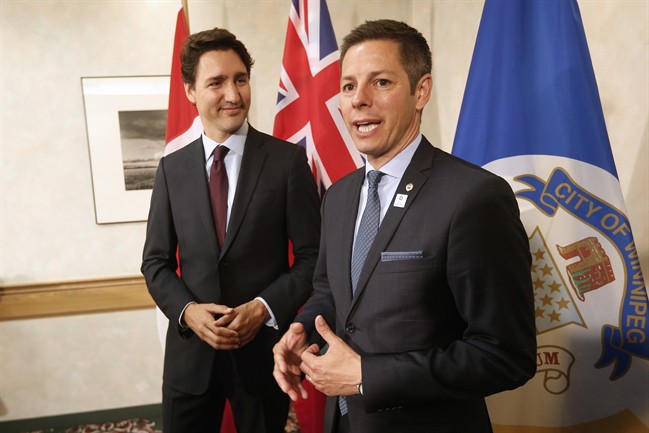 A release from the city sent out Friday says the combined funding from all three levels of government would total more than half a billion dollars over six years towards regional street renewals, if the request is approved by the feds.

“During and since the last civic election, my number one priority has been fixing Winnipeg’s roads,” said Mayor Brian Bowman in the release. “We have heard loud and clear that fixing the roads is the number one priority for Winnipeggers and we’re delivering on that priority.

“This request to leverage the New Building Canada Fund would significantly increase the already unprecedented levels of funding we have put towards fixing our roads.”

Currently, the City of Winnipeg has accessed just over $45 million in NBCF funding for the Waverley underpass project.

The addition of the NBCF funding for the regional street work, along with the Waverley Project would result in $227.875 million, or 34 per cent of Manitoba’s total NBCF funding, according to the city.

The report will come before EPC at their meeting Wednesday, and council approval would be required to proceed with accessing NBCF funding for the city’s regional street renewals.

The administrative report outlines the following projects that would be made possible if the funding were approved: