In Case of Emergency: Jackman-Atkinson 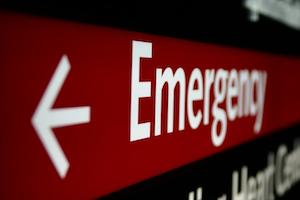 NEEPAWA, Man. — Last week, 18 rural Manitoba communities found out that they would be losing their EMS stations. The changes are part of a province-wide reorganization of health care and the closure of these low volume stations was one of the recommendations in a 2013 report on the province’s emergency medical services.

In making the announcement, Health Minister Kelvin Goertzen said that while 18 stations would be closing, five new stations would be built, in Miniota, Cowan, Alonsa, Manigotogan and Eriksdale, and the stations in Virden and Glenboro will be upgraded. These new or upgraded stations will all be staffed 24/7. This wasn’t the case with all of the stations slated for closure, many of which operated on a part-time or on-call basis. 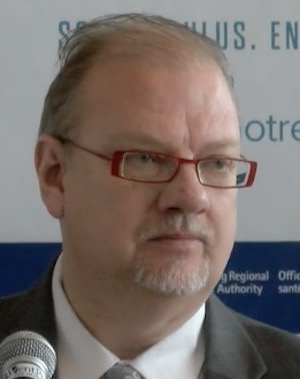 Goertzen tried to calm fears by saying that the new stations would allow ambulances to be more strategically located and staffed, thereby improving response time. The province has said that wait time guidelines, which aim to provide care within 30 minutes, for 90 percent of the population, 90 percent of the time, will continue to be met under the new plan. The general public, however, is hesitant about any plan that will reduce health care in rural communities.

The Paramedic Association of Manitoba showed support for the plan, which will result in the hiring of 29 additional full-time paramedics. The Manitoba Government and General Employees’ Union, which represents paramedics in rural Manitoba, said that the new hires are a step in the right direction, but don’t go far enough towards filling the 400 paramedics it says the province needs.

On the flip side, communities that are losing their stations are concerned and some paramedics in those communities have spoken up. On July 2, in a widely-circulated article, a Wawanesa paramedic questioned the plan, noting that when he’s on call, he makes $3.70 per hour.

During this time, he can go about his regular business, provided he can make it to the station within 10 minutes. He notes that he’ll be replaced with someone in Glenboro being paid $30 an hour to wait for a call to come in.

Within the Neepawa Banner’s coverage area, only one station is facing closure — McCreary. The community of McCreary will be covered by a new EMS station, to be built in Alonsa, 39 kilometres to the east. The two communities share a hospital, the McCreary-Alonsa Health Centre, which is located in McCreary. However, the facility has no emergency or acute care services.

According to data released by the government, in 2015-2016, the McCreary EMS station responded to 284 calls, the combined total of daytime and night time calls to locations nine minutes, 15 minutes and 30 minutes away from the station. For comparison, the neighbouring stations in Ste. Rose, Kinosota, Gladstone and Neepawa had 2015-2016 call volumes of 588, 2,773, 404 and 622 respectively. The future station, to be built in Alonsa, has a projected call volume of 99. The McCreary reshuffling leaves some residents along the east escarpment of Riding Mountain National Park more than 30 minutes away from the remaining stations, but brings service closer to residents along the north-west shores of Lake Manitoba.

Goertzen rightly points out that it is ambulances and paramedics, not stations, that show up at your door in the case of a medical emergency. He notes that what’s important is where the paramedics are being deployed, not necessarily the location of their home base. The success or failure of the plan will depend entirely upon the realities of its implementation. If service levels remain consistent and communities are served by well trained and equipped paramedics and ambulances, then it will have been a good move. But there’s a lot at stake; with many rural centres struggling to retain emergency services in their hospitals, EMS has been touted as the solution, the workaround to ER closures. An ambulance may look a lot like an emergency room, but it has to be able to make it to the patient, in a timely manner, for it to do any good.