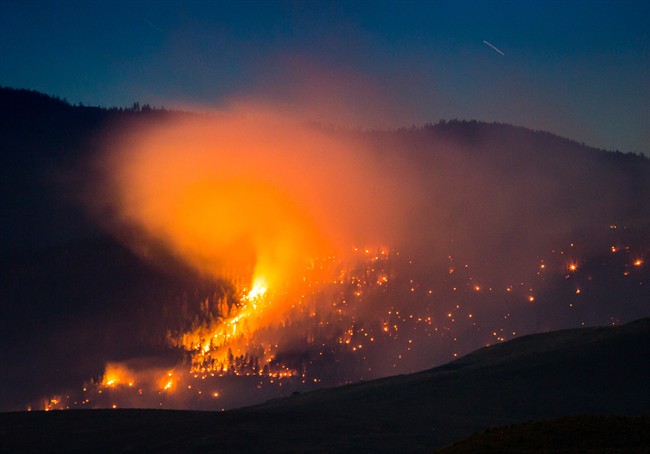 A wildfire burns on a mountain near Ashcroft, B.C., late Friday July 7, 2017. More than 3,000 residents have been evacuated from their homes in central British Columbia. A provincial state of emergency was declared after 56 new wildfires started Friday. (THE CANADIAN PRESS/Darryl Dyck)

Manitoba firefighters are on their way to help battle the wildfires ripping through British Columbia.

Manitoba Sustainable Development said Tuesday a team of 13 trained firefighters, along with 50 pumps are on their way to British Columbia, where officials say more than 200 fires were burning across the province as of Monday.

Manitoba Sustainable Development also said an air-attack officer will be deployed to Northwest Territories to help co-ordinate firefighting efforts in that region.

The team is expected to leave Manitoba later this week.