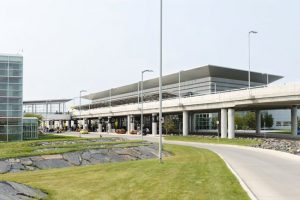 A media advisory sent out by the Public Service Alliance of Canada (PSAC) Thursday says the demonstration will start at noon and is being held to protest contracting out and to show support for the bargaining team as they head into mediation.

The two sides are scheduled to meet with a federally appointed mediator next week in a final attempt to reach a tentative agreement and avert strike action.

Approximately 150 employees—including duty managers, administrative workers, various tradespersons, IT workers, airfield maintenance, and labourers—are represented by the PSAC and the Union of Canadian Transportation Employees (a component of the PSAC).