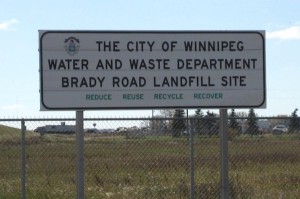 The City of Winnipeg is gearing up to cut more gas at the Brady Road Landfill.

The city announced Monday the landfill’s gas collection system will be expanded this summer, and warns those living within a quarter-mile of the dump the process may cause a temporary stink in the air as old garbage is exposed during construction.

The expansion is expected to double the amount of landfill gas that is collected, and the work is required under the Climate Change and Emissions Reductions Act.

The system collects and flares landfill gas, which is produced when organic waste decomposes. The gas is primarily made up of methane, a harmful greenhouse gas that contributes to climate change and is 21 times more potent than carbon dioxide in terms of its global warming potential, according to a release from the city.

Construction will get under way this week and is expected to finish by the week of Sept 25.