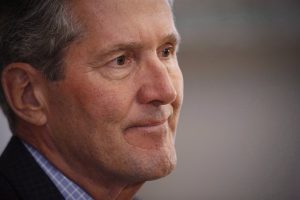 Manitoba Premier Brian Pallister has appointed a former executive from MTS to be the province’s secretary to the Treasury Board Secretariat.

Paul Beauregard will officially take over the role from Lynn Zapshala-Kelln Sept. 5.

“At a time when Manitoba is facing fiscal challenges, I am very pleased to have someone of Mr. Beauregard’s experience joining us in this important position,” said Pallister, in a release.  “He brings a strong track record of success in the private sector including senior leadership at a multi-billion dollar company.”

The provincial release calls the secretary to the Treasury Board Secretariat “a key position that provides advice to Manitoba Finance and Treasury Board”.

Prior to that, he served as a vice-president (law – mergers and acquisitions) for BCE/Bell Canada from 2004 to 2008, and was an equity partner at Davies Ward Phillips & Vineberg LLP in Toronto.

Lynn Zapshala-Kelln left the job to become vice-president (administration) at the University of Manitoba, and Giselle Martel will serve as acting secretary to Treasury Board until Beauregard starts in the fall.