Review: Theatre by the River’s ‘4.48 Psychosis’ at the Winnipeg Fringe Theatre Festival 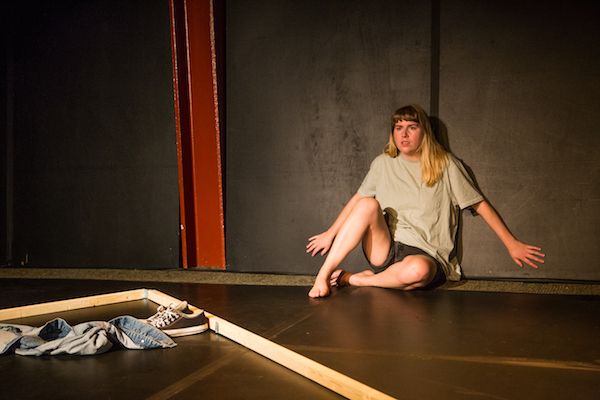 The Winnipeg Fringe Theatre Festival is the best time of the year. For $20, anyone can get dinner and a show. Or two shows. Or just dinner, and hang around The Cube and catch the “free” (please donate to the performers) entertainment. No matter what you choose to see, please go. Enjoy and support local theatre.

To kick off my Fringe season, I saw Theatre by the River’s production of Sarah Kane’s 4.48 Psychosis – potentially the show with one of, if not the, heaviest subject matters of the festival. At 10 p.m. Sounds like a good time to me.

First of all, let me say that the multi-purpose room inside Red River College’s Princess Street campus has definitely transformed into a performance space. Being a recent grad, I spent two years in and out of that room for presentations, registrations and guest speakers, and it did not feel like a lecture hall in the slightest. I’m also very glad that the seats are cushioned. Hard plastic does not feel good after an hour.

4.48 does not have a linear storyline, so don’t try to make sense of it. It’s better to just sit back and let it happen to you. Let Kane’s words wash over you. The playwright has three other works to her name, but this is her last. Kane killed herself at 28-years-old, shortly after finishing this play. Director Kendra Jones puts it nicely in her program notes: “There is simplicity in reading this play merely as Sarah Kane’s suicide note, but that would be doing her a disservice.”

This is a play about suicide. It’s a play about death and wanting to die. It’s a play about self-harm, being pumped with drugs and hating most aspects of your life. It doesn’t sugar coat any of these topics. It doesn’t state that help is out there and is always available if you need it (though it really is). If you or your fellow Fringe-goers are uncomfortable with these topics, it might be best to stay away. The play is not graphic, but it is blunt and honest, and its star will look you right in the eyes while describing how she will end her life. 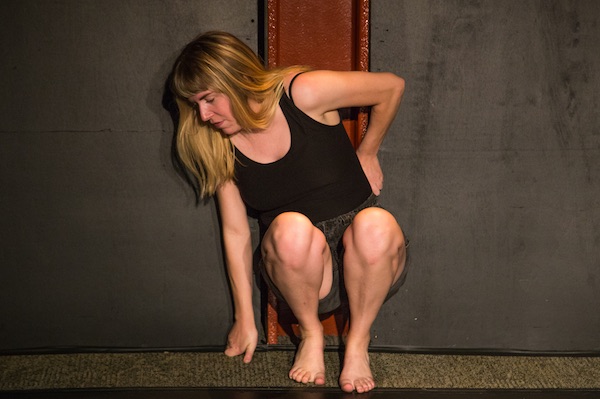 I had the opportunity to sit down with the show’s singular star, Elizabeth Whitbread, earlier this week to discuss what it’s like portraying mental illness onstage and the vulnerabilities of performing in a one-woman show. I had Liz’s words ringing in my head while she performed: “Because of the way it’s written, it’s easier to separate myself from the words. It’s affecting, but because of the writing, not the context.” The text is so elegant that it feels more like she’s performing interpretive poetry than reading lines from a script. It feels like she’s pushing these words out of her body because that’s the only thing she can do to relieve the tension from her depression.

Whitbread is often tense throughout the 55-minute show — literally, tense. At one point, she becomes the physical embodiment of struggle, and her legs and toes tense up so tightly it looks painful, as if she’s experiencing the world’s longest foot cramp. Actions like that make it one step closer to materializing what mental illness feels like and helping others to understand it.

This play is certainly not for everyone. Heed my aforementioned warnings, but it also might not be for you if you’re uncomfortable with actors looking at you. Directly at you. Making eye contact with you. (As an aside, I love making eye contact with actors. It shows them I’m connected with their performance, and they’re connected with me. I like to believe it helps.) The audience I sat with didn’t seem noticeably uncomfortable, but instead, they looked concerned. Intrigued. Invested.

4.48 Psychosis and the Winnipeg Fringe Theatre Festival are on now until July 30. For ticket information, show times, and a venue map, visit WinnipegFringe.com.