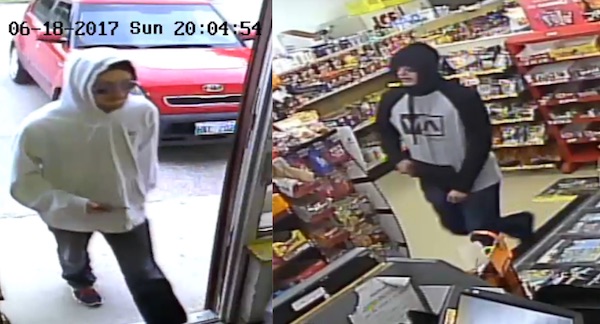 Winnipeg police are looking for two men after a convenience store was robbed in the 500 block of Hamilton Avenue on June 18.

The suspects entered the store at around 8 p.m. and demanded money.

They are both described as having light-coloured skin, between 5’3″ and 5’7″ in height. The second suspect had dark-coloured facial hair.