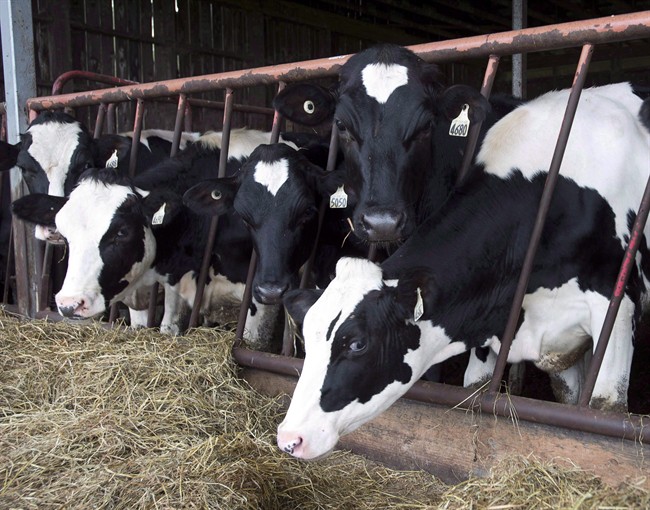 NEEPAWA, Man. — A lot has changed in Canadian agriculture since 1977, but one thing that hasn’t is the rules that govern the transportation of livestock. In the last 40 years, not only have there been changes in how farm animals are transported, there has been more research into factors impacting their well-being, as well as an increased concern about their welfare. Since 2013, the Canadian Food Inspection Agency has been working on updating these rules and last December, the federal government released proposed changes to the Health of Animals Regulations. The proposed changes were open for comments until February 15.

A major part of the regulations deal with the maximum times an animal can travel before a food, water and rest stop. The proposed changes would see a maximum travel time of 12 hours for nursing ruminants, from 18 hours; 24 hours for broiler chickens, spent laying hens and rabbits, from 36 hours; 36 hours for adult beef and dairy cattle, from 52 hours; and 28 hours for equines and pigs, from 36 hours. The maximum for day-old birds and adult monogastrics would remain, at 72 hours and 36 hours, respectively.

Depending on the species, once the animals reach their maximum travel time, they are offloaded for feed and water or fed and watered on specially outfitted trailers. Offloading poses risks, as it increases exposure to disease present in high traffic layover facilities and the additional handling increases the potential for stress and injury.

Canada’s travel times are longer than those in other countries, for example, in the United States, the maximum travel time for both ruminants and monogastrics is 28 hours, New Zealand varies between eight and 24 hours, depending on the age and the species, and the European Union limits travel time to eight hours, unless the vehicles are designed to provide water at all times and are climate controlled. The problem is that Canada’s landscape and economics are unique.

Canada is a thinly populated country covering a large area and different areas of the country have different strengths, which means that most animals must travel a long distance at some point. For example, cow-calf operations require large areas of pasture, finishing operations require an easy and inexpensive supply of feed grains and slaughter plants require a large workforce and convenient transportation. Cheap land and a large workforce tend not to go together, which means at some point, many animals must undergo transportation from a more rural, to a more urban area.

Over the last 40 years, we have seen the consolidation of farms, but also packing plants. In 1976, there were 400 federal facilities processing beef, in 2015, there were only 30. Between south central Alberta and southern Ontario, there is just one federally inspected beef plant, Winkler Meats, which means most of the province’s cattle must travel a long distance. For example, it’s 24 hours from Brandon to Toronto and nine hours from Brandon to Brooks, Alta. Based on their research, CFIA estimates that 98 per cent of shipments would be in compliance with the proposed requirements, but for some types of animals, that assumes good weather, limited slowdowns for construction and short stops for the drivers.

Everyone should be concerned about the well-being of animals and the proposed changes include some improved wording and a focus on outcomes, such as “preventing injury, suffering or death”, instead of specific guidelines. Outcomes that minimize the harm to animals are in everyone’s best interests, not only is this the humane thing to do, it also makes good business sense to see animals reach their destination in good health. We, Canada’s farming communities, need to ensure that the regulations benefit animals, while recognizing the unique realities of livestock farming in Canada.