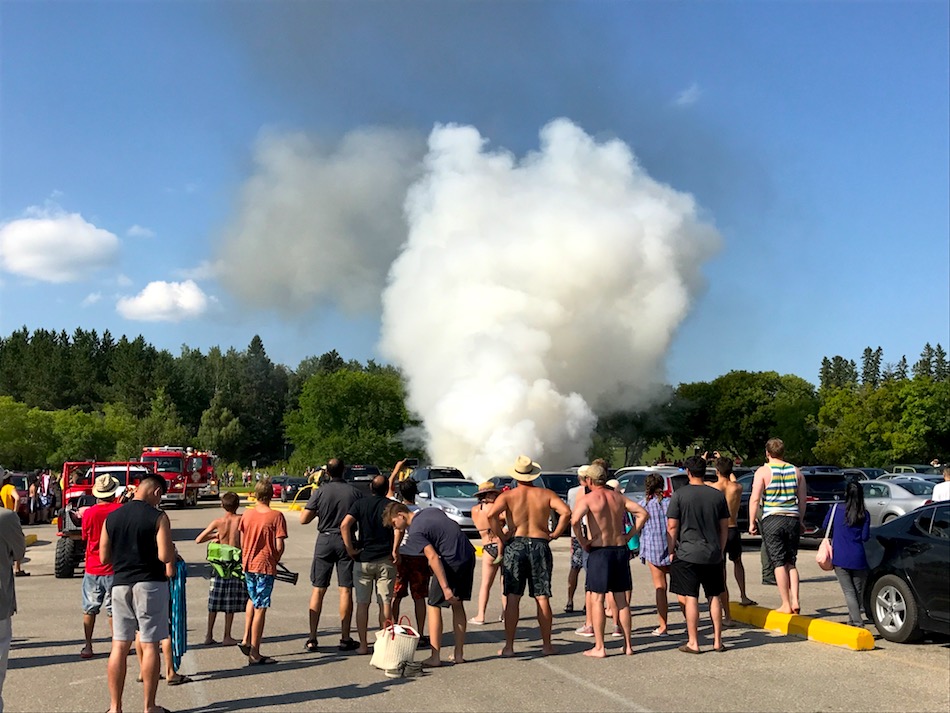 Plumes of black smoke were sent billowing into the air at Birds Hill Park Sunday afternoon after a vehicle caught fire.

The blaze began in a sedan at around 5 p.m. in the East Beach parking lot, quickly spreading to three other vehicles.

More than 100 onlookers gathered as conservation officers kept people at bay from getting too close to the flames.

It took the first firefighters about 20 minutes to arrive on scene. Two other crews arrived shortly after, along with RCMP.

Sunbathers on the beach initially thought the smoke rising above the tree line was from a barbeque.

It’s unclear what sparked the blaze, but there were no reported injuries.

Vehicle traffic to the East Beach was detoured into an adjacent parking lot until emergency crews could control the situation.

Firefighters on scene of a vehicle fire at Birds Hill Park. Ignited in the east beach parking lot around 5 pm. #Manitoba pic.twitter.com/3902aPHW5p