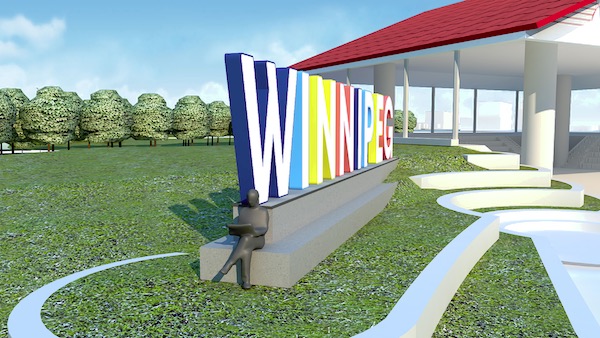 An artist’s rendering of a new Winnipeg sign to be installed at The Forks. (HANDOUT)

It’s one of the first places Mayor Brian Bowman is likely to snap a selfie for his Instagram later this week.

Winnipeg is getting a new, giant sign at The Forks to tell visitors that they’re, well, in Winnipeg.

The 52-foot sign will illuminate in various colours with eight-foot high lettering, just in time for the 2017 Canada Summer Games to begin.

“This sign, located at one of our busiest gathering places, is a great way to promote our city and will be an important legacy piece of the Games,” Bowman said in a release.

Other cities, such as Toronto, have similar signs in busy public spaces to act as tourism boosters and photo-friendly backdrops.

The sign cost the city $120,000 and will be installed throughout the day on Wednesday near the Festival Stage. Its inaugural lighting will occur Saturday, July 29 during the Canada Games Festival at The Forks. It will remain operational throughout the duration of the Games. 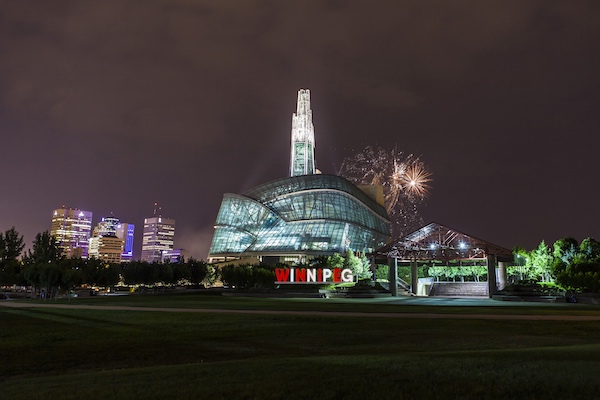 A skyline rendering of the new Winnipeg sign at The Forks. (HANDOUT)