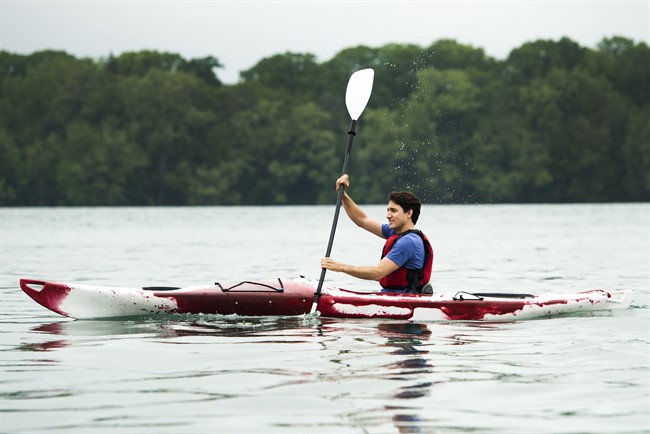 WINNIPEG — Prime Minister Justin Trudeau is one of the thousands of visitors arriving in Winnipeg this week for the start of the 2017 Canada Summer Games.

Before flying in Friday afternoon, the prime minister will receive a boat tour of Lake of the Woods in Kenora, Ontario, where rowing competitions will be held.

Trudeau will then meet with Winnipeg Mayor Brian Bowman at City Hall at 4 p.m. Friday.

Trudeau will later join Minister of Sport and Persons with Disabilities, Carla Qualtrough, to deliver remarks at Bell MTS Place at the opening ceremonies of the Games at 7 p.m.

About 4,000 people were expected to arrive at Winnipeg’s James Richardson International Airport on Thursday ahead of the first weekend of competition.