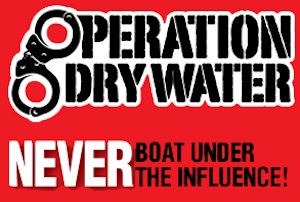 WINNIPEG — The number of boating-related fatalities due to alcohol is 70 percent on Manitoba waterways. That’s a startling statistic the Lifesaving Society of Manitoba wants to cut down.

Through the new Operation Dry Water campaign — which launched Wednesday with partners from the Canadian Safe Boating Council, RCMP and Winnipeg police — the message is clear: if you’re boating, don’t drink.

The national rate of alcohol-fueled boating-related deaths is 40 percent.

The campaign comes just as Canadians hit the water for the August long weekend.

“Combined with sun, wind, waves and the rocking motion of the boat, the effects of alcohol on the water can be greatly increased,” the Lifesaving Society said.

Operation Dry Water will focus on the potential risks of drinking and boating, and remedies that are currently in place to discourage it. The campaign also aims to reduce the number of alcohol-related accidents and fatalities on the water while fostering a stronger and more visible deterrent to alcohol use while boating.