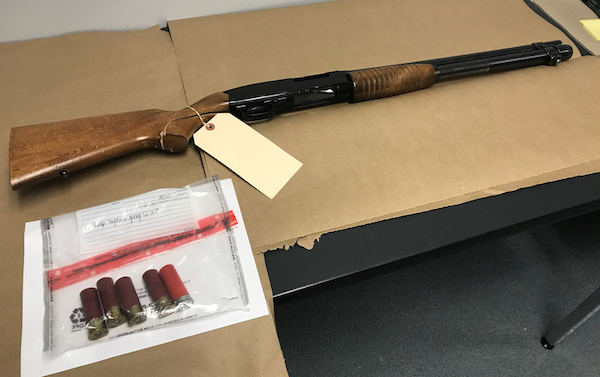 A Winchester Defender 12-gauge shotgun is what Winnipeg police came across Tuesday evening while executing a search warrant at a home.

Officers in the 300 block of College Avenue also seized ammunition, $1,135 in cash and a small amount of marijuana.

Police say the items are believed to be related to gang activity. The firearm was in the process of being illegally modified for concealment, police said.

Sheldon John Michelle of Winnipeg, 35, was arrested and charged with several weapons-related and drug offences. He remains in custody.

Two other people, a 35-year-old man and a 30-year-old woman — both from Winnipeg — were released on a promise to appear. Charges are pending.