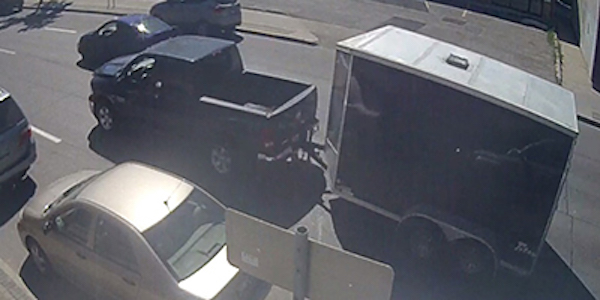 WINNIPEG — Police have located a truck and trailer involved in the fatal hit and run of a woman in her 60s Thursday in St. Boniface.

The victim was in the 200 block of Marion Street at around 11:45 a.m. when she was hit. The driver failed to remain at the scene of the crash, prompting Winnipeg police to scour surveillance video from the area.

Police released a photo of a Dodge 1500 crew cab towing an enclosed black trailer and requested the public’s assistance in locating it. About two hours later, police said they had since located the vehicles.

There is no word on charges.