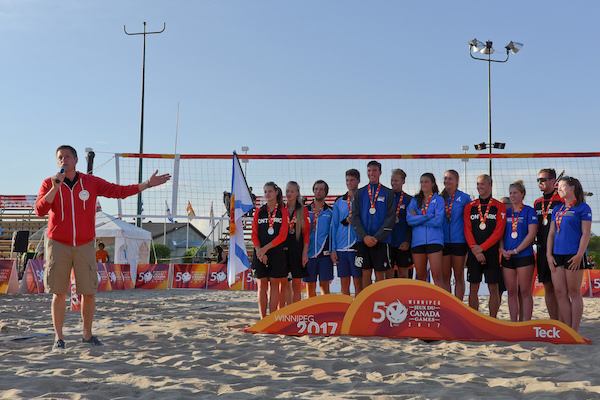 WINNIPEG — Saturday is turnaround day for the 2017 Canada Summer Games, as 2,000 athletes bid farewell to Winnipeg after the first week of competition.

The Athletes’ Village and field of play are all undergoing changes by the host society, along with thousands of travellers leaving and arriving at James Richardson International Airport.

“Turnaround day, the day week one athletes depart and week two athletes arrive, is by far the most complex and intense day for the host society,” said Jeff Hnatiuk, president and CEO of the 2017 Canada Summer Games.

“It is a highly choreographed operation that we have been carefully planning so everything goes smoothly for both the outgoing and incoming wave of athletes.”

Buses and luggage trucks will stage in Chancellor’s Circle at the University of Manitoba, each marked with the corresponding flight numbers.

Volunteers and mission staff will organize athletes, check bag tags, load luggage trucks, direct teams to waiting buses and ensure all luggage is ready to head to the airport.

Back at the Athletes’ Village, rooms are cleaned, laundry is washed, and the spaces are tidied up to welcome athletes competing in the second week.