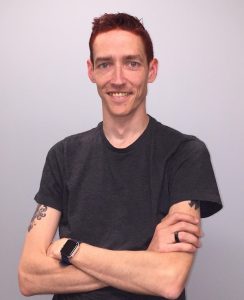 A new radio show about to hit the air in Winnipeg is turning the spotlight on some of the city’s rich traditions in arts, culture and music.

Chris Reid will host “In The Spotlight” on CJNU (93.7 FM) beginning August 7 at noon.

The show will air every Monday and take listeners behind the scenes with actors, directors, writers, stagehands, technicians, prop masters and volunteers.

Reid says the one-hour show will be mixed with one-on-one interviews, Broadway tunes and a calendar of upcoming local performances.

“In The Spotlight’s mission is to really get to know the people in Winnipeg’s arts community, while promoting the lively local cultural scene,” the station said in a release.

Reid has acted on stage since 1994 and worked in broadcasting since 2003. He’s also the writer of several news stories for the University of Manitoba on local performers.

← Previous: Manitoba Has the Second-Highest Number of VLTs in Canada Next: Canada Games Transitioning for Second Week of Competition →
Tags: Radio | Winnipeg