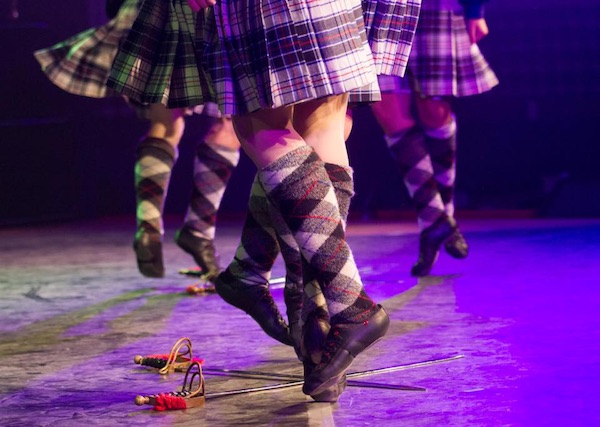 Walking to the Glenwood Community Centre, I could hear the bagpipes already. From two blocks away. The Scottish are loud and proud.

I went to Folklorama‘s United Kingdom pavilion last week, and I was curious to see how the Pavilion of Scotland would be different. More bagpipes? More meat? More plaid? Yes to all of the above.

I knew that going into the Scottish pavilion I would have to try it, the Scottish thing — haggis. Was I scared? Absolutely. My dining partner, who had eaten it before, described it to me as “animal insides inside more animal insides.” Great. But we got the dinner plate — consisting of a sausage roll, mashed potatoes, turnip, peas, a shortbread cookie, and yes, haggis — and it was all delicious. Even the haggis. It tasted like meatloaf mixed with Thanksgiving stuffing. Don’t be afraid. It’s pretty good. I washed it all down with an Innis & Gunn ale — I’ve had it before, but it’s crisp and clean, and tasted amazing in the non-air conditioned gym where the mainstage is located.

This pavilion is home to one of the most impressive mainstage shows I’ve seen so far. Its enormous castle backdrop, live band, light show, four singers, and five pipers in addition to its two-dozen-or-so dancers made for an incredible showcase of Scottish talent. The 45-minute show alternated between traditional dances and songs sung live — although I was left scratching my head at the rendition of “Hallelujah.” It was beautifully performed, but what does it have to do with Scotland? 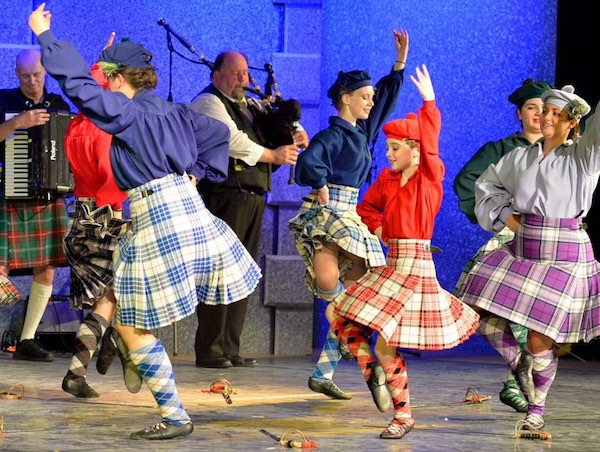 After the mainstage show, you can turn around to the other end of the gym and watch another pipe band perform. The entertainment never stops.

The cultural display’s heart features tartans of different families; each different like a coat of arms. They’re organized alphabetically, so if you have Scottish roots, you can find yours. There’s also a scotch bar, tables for many of the Scottish heritage clubs around the city, and different activities (like learning how to dance) throughout the night in the display area.

Go if: You want a night of great entertainment — even after the mainstage show ends, this pavilion always has something to see or do.
Avoid if: You don’t want to or can’t walk far — this very popular pavilion has limited parking in the lot, and I can almost guarantee you that you’ll have to park on the street, maybe a few blocks away.

The Pavilion of Scotland and the 48th annual Folklorama run now until August 19. For more information, visit Folklorama.ca.