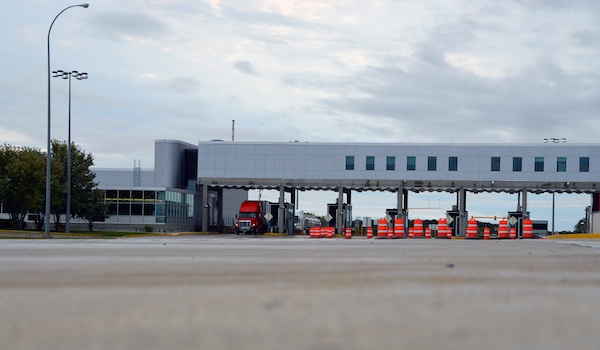 WINNIPEG — Officials and trade stakeholders on both sides of the border are meeting in Emerson, Manitoba today to discuss proposed infrastructure improvements to the Emerson-Pembina border crossing.

About $20 billion in goods and services cross the Manitoba-North Dakota annually, making it the fifth-largest land port for trade between Canada and the United States.

“This border processes 75 percent of Manitoba’s trade with the United States and is the only “stop and inspect” border crossing on the mid-continent trade corridor between Texas and Manitoba,” said Simon Resch, general manager of the Emerson Duty-Free Shop and the Treasure of Frontier Duty Free Association (FDFA).

Resch attended a meeting earlier this year hosted by the Grand Forks Chamber of Commerce to discuss the port of entry and its critical importance to facilitating efficient trade between the two countries.

Aside from trade, the Emerson-Pembina port processes more than 1 million international travellers each year.