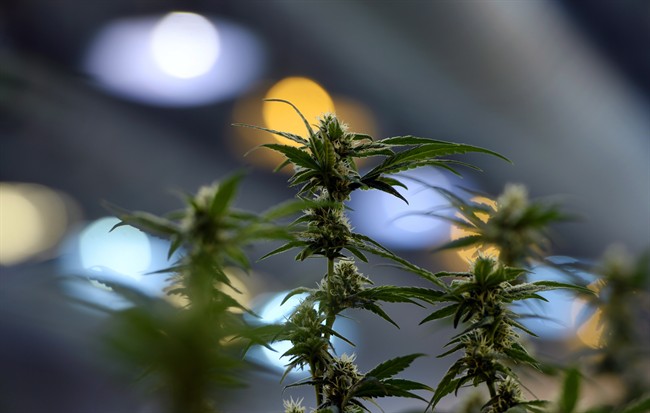 Flowering marijuana plants are pictured during a tour of Tweed in Smiths Falls, Ont., on Thursday, Jan. 21, 2016. (THE CANADIAN PRESS/Sean Kilpatrick)

WINNIPEG — Manitobans are generally uncomfortable with some aspects of marijuana becoming legalized by next summer.

The survey also found tougher rules for marijuana use should be in place before the federal government legalizes the drug, particularly for young people.

Asked their opinions on driving under the influence of marijuana, one-half of respondents felt it was worse than or equal to driving after consuming alcohol.

One-half of Manitoba adults agree driving while high is worse than (or equal to) driving after drinking alcohol.

The survey also found 67 percent would be uncomfortable to learn their neighbour was a frequent marijuana user as opposed to a regular alcohol drinker.

Fifty-one percent of respondents also felt uncomfortable with edible items, such as marijuana brownies and cookies, were sold alongside alcohol at their local bar. Thiry-five percent of those were strongly opposed to the idea.

The online survey was conducted by Probe Research between August 8 and August 20, 2017 and sampled 1,032 adults.

Bill C-45, the Cannabis Act, is expected to pass and become law by July 2018. Provinces can set their own minimum age at 18 or above to purchase marijuana.