Home » News » Vacant Hotel in The Pas Damaged by Fire

Vacant Hotel in The Pas Damaged by Fire 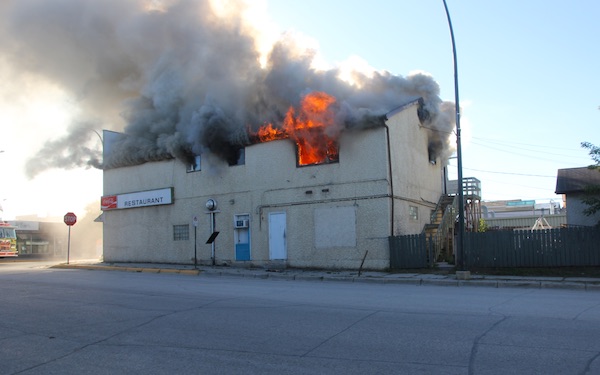 The New Hawaiian Restaurant in The Pas was heavily damaged by fire on August 27, 2017. (TRENT ALLEN
OPASQUIA TIMES)

A fire heavily damaged a vacant hotel in The Pas on Sunday morning, resulting in an 18-year-old facing two counts of arson charges.

The New Hawaiian Restaurant was fully engulfed when emergency crews arrived on Fischer Avenue at around 9 a.m.

One of two apartment suites above the restaurant was occupied, but no injuries were reported.

Skywalker Castel, 18, from Pukatawagan, has also been charged with mischief over $5000. Castel has been released pending a court date.