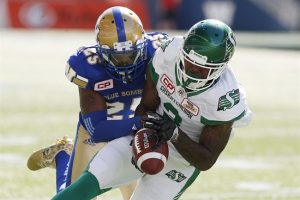 If you missed out on Banjo Bowl tickets the first time around, you may be in luck now — so long as you’re not steadfast on having a seat.

The Winnipeg Blue Bombers are releasing 300 more standing room only tickets at noon Friday for the sold-out Sept. 9 game against the Saskatchewan Roughriders.

Fans with these passes will have access to the pre-game tailgate area starting at 11:30 a.m., and viewing decks accessible through the concourses inside Investors Group Field. Tickets are $54.50 (fees included) and available at the Bomber Store or by calling 204-784-7448.

After the Banjo Bowl, the next home game for the Bombers is Sept. 22 against the Ottawa Redblacks. Tickets are available through Ticketmaster here.