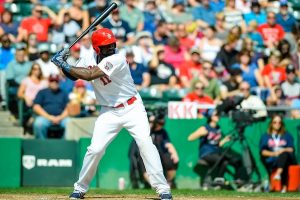 With four games left in their regular season, the Winnipeg Goldeyes have already clinched the American Association North Division title.

They secured the spot after beating the St. Paul Saints 5-0 Thursday night at CHS Field in St. Paul.

The fish are five games ahead of the Fargo-Moorhead RedHawks with four games to go.

It’s the 19th time they’ve made the playoffs in the club’s 24-year history and the third time they’ve won the north division title since joining the league in 2011.

The Goldeyes return home tonight to play a four-game series against the RedHawks at Shaw Park over the Labour Day weekend. First pitch is scheduled for 7:05 p.m.

Tickets are available through Ticketmaster, by calling 1-855-GOLDEYE or visiting the box office at Shaw Park.