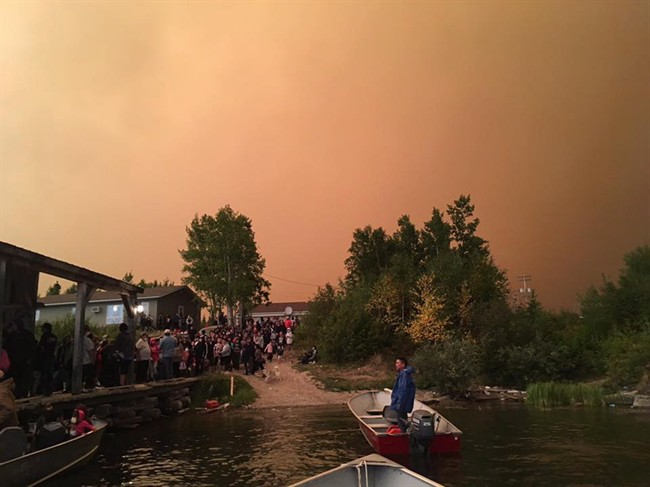 WINNIPEG – The weather provided some help Friday to crews battling a large forest fire that has forced 3,700 people from their homes in northern Manitoba.

The Manitoba government said strong south winds are pushing the smoke away from Wasagamack First Nation, and there is rain in the forecast for the first time in days.

The fire was still about one kilometre from the community and crews were working to keep it from advancing.

Residents of Wasagamack and two other Indigenous communities left their homes starting Tuesday night, with most making their way to Winnipeg and Brandon.

More than 1,000 cots were set up Thursday inside the Winnipeg Convention Centre and a second shelter for another 900 people opened Friday at an indoor soccer complex.

“At this time based on the numbers if we need more space it’ll be because more people will need to come out,” Jason Small of the Red Cross told CTV Winnipeg. “Right now of those people that are definitely coming out, we should have enough to accommodate in this facility.”

Garden Hill resident Carl Monias arrived in Winnipeg on Friday. He said smoke was coming into the community and the fire was visible at night.

“We saw a glow of red west of the community,” said Monias. “Most people drove to the west side of the community to have a look at that glow from the forest fire and it can be scary.”

The province said the Poplar River fire is 4600 hectares and is about 3.5 kilometres from the community.