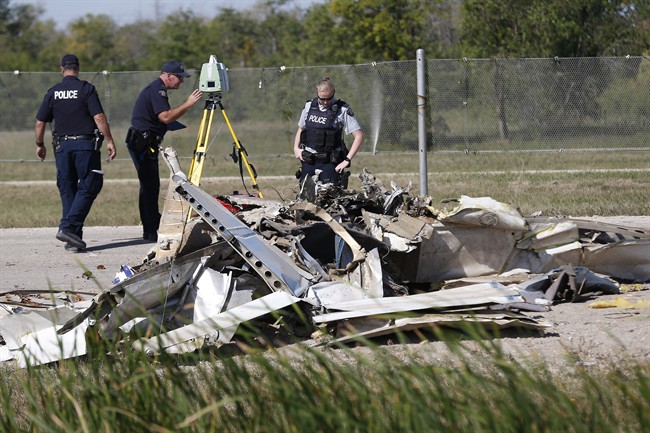 RCMP investigate at the scene of a fatal plane crash at St. Andrews Airport, north of Winnipeg, Thursday, September 7, 2017. (THE CANADIAN PRESS/John Woods)

The single-engine Beechcraft Musketeer crashed at around 4:30 a.m. on Highway 8 near Parkdale Road and McPhillips Road shortly after taking off.

RCMP closed Highway 8 upon arrival due to the significant amount of wreckage from the A23-19 aircraft.

The Transportation Safety Board of Canada (TSB) deployed three investigators to the scene.

RCMP say the licenced pilot took the plane without the owner’s consent. The deceased was known to the owner.

The plane was headed to Ontario at the time. The pilot was the only person on board.