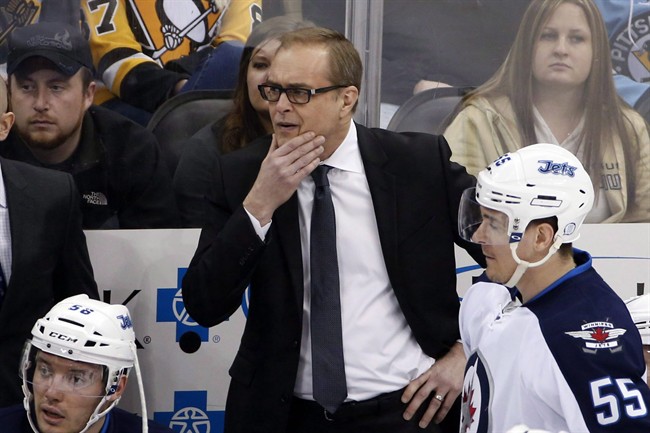 Winnipeg Jets head coach Paul Maurice, center, stands behind his bench during the first period of an NHL hockey game against the Pittsburgh Penguins in Pittsburgh, Saturday, Feb. 27, 2016. (THE CANADIAN PRESS/AP/Gene J. Puskar) 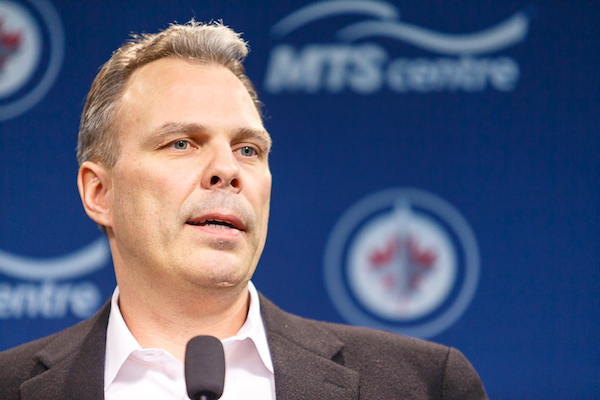 Rumours of a pair of high-level Winnipeg Jets contract extensions swirled on Wednesday, but the hockey club has confirmed the news one day later.

Cheveldayoff was named GM of the Jets on June 8, 2011, eight days after the franchise relocated to Winnipeg from Atlanta, and has held the position ever since. The Jets have posted a winning record in five of his six seasons as General Manager, including winning 40 games last season (40-35-7) for the second time in three seasons.