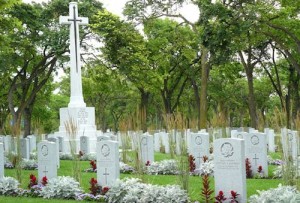 WINNIPEG — A candlelight service on Sunday evening will commemorate Canada’s 150th anniversary and honour those who have served in times of war and peace.

“As we celebrate Canada’s 150th anniversary, we cannot forget the brave Canadian men and women who paid the ultimate sacrifice to ensure we live in a democracy where all individuals are treated as equals regardless of race, creed or religion,” said Jon Reyes, Special Envoy for Military Affairs for the Province of Manitoba.

Brookside Cemetery Field of Honour is one of the oldest and largest military interment sites in Canada, with nearly 11,000 men and women who served in Canada’s armed forces buried there.

The ceremony is open to the public and all are invited to attend.