By Kate Jackman-Atkinson, The Neepawa Banner 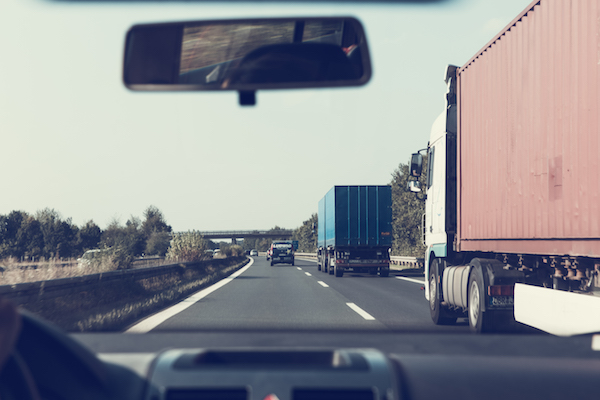 NEEPAWA, Man. — “We don’t deliver babies or bad news.” That’s how Manitoba Trucking Association general manager Terry Shaw described the breadth of his industry in an interview a few years ago. Living in rural Manitoba, this description is especially appropriate.

Each year, we, at the Banner, celebrate National Trucking Week, which this year runs from September 4 to 10. I’m happy that for this year’s edition, we have been able to produce a stand alone section celebrating and recognizing this vital industry. In many ways, the trucking industry is hiding in plain sight. We see lots of trucks on the roads, but they’re part of the background noise, few of us pause to think much about the cargo they are carrying. From the clothes we wear to the food we eat, to even the pavement on the roads we drive, life would be exceptionally hard without the trucking industry.

As a relatively thinly populated area producing more than we can consume and not everything that we want to, trade has always been important to the prairies. Transport continues to be important, Manitoba represents just three per cent of Canada’s population, but the province’s trucking industry accounts for 5.1 percent of the Canadian industry. While rail can efficiently move large quantities of non-perishable freight, it lacks the timeliness and flexibility of road-based transport. In fact, the just in time system of inventory management upon which we have come to rely would be impossible without the trucking industry.

It isn’t just that we wouldn’t have all the stuff we want and need without trucks, our local economies would be very different. Five of Canada’s top 50 carriers are based in Manitoba and the province is home to approximately 475 for-hire trucking companies. While Winnipeg is a national transportation hub, the industry isn’t entirely centred around the province’s capital. Professional drivers live in every size of community and jobs out on the road have allowed rural Manitobans to stay in their communities, even as local employment opportunities have dwindled. Beyond the drivers, trucking companies, ranging from owner-operators to multi truck fleets, can be found in towns of every size across the province. It’s an important job creator, employing directly and indirectly approximately 4.6 percent of the Manitoba labour force. Country-wide, over 268,000 Canadians are truck drivers, making it one of the country’s top occupations.

While it’s easy to see the industry’s direct impact on jobs, few think about the spin off jobs, providing the supplies, services and road maintenance that keeps the trucking industry moving. Figures indicate that for every 10 jobs created directly in the trucking industry, another seven support jobs are created elsewhere. It’s hard not to know someone who owes their livelihood to the trucking industry.

The industry, like many others, will most certainly be undergoing changes as it moves forward. One of the most pressing challenges is a looming driver shortage. The Canadian Trucking Alliance (CTA) estimates that the industry will be short 48,000 drivers by 2024. This is being driven in part by an aging workforce. CTA data shows that in 2016, the average age of a professional driver was 47, up from 45 in 2013. In fact, it has one of the oldest workforces in the country, with close to 30 per cent of the workforce aged 55 years or older.

Labour shortages aren’t the only challenge facing the industry; carbon taxes, changes to hours of operation, e-logs and autonomous vehicles are just some of the factors that will shape the industry in the next decade. Whatever the future may hold, one thing is certain, the industry keeps Manitoba moving forward.