Home » News » And the ManyFest Food Truck Winners Are…

And the ManyFest Food Truck Winners Are… 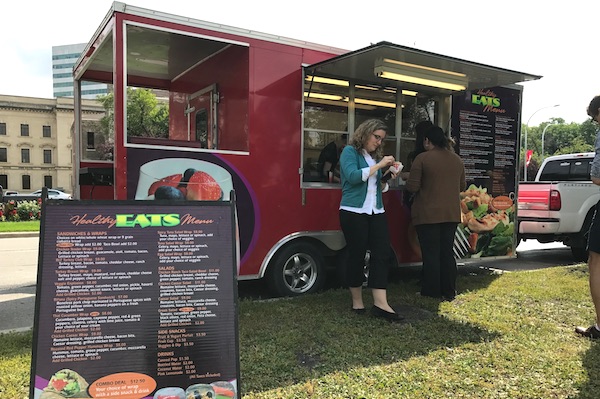 WINNIPEG — About 70,000 people ventured downtown this weekend to take in the seventh annual ManyFest.

Of the many events to take in, Food Truck Wars was one of the big draws. More than 40 trucks lined the streets and competed for votes — of which 2,000 were cast. Vendors mastered their delicious creations for visitors and the hungry media judges.

Second place runner up in the People’s Choice category was The Red Ember (173) and third place The Churro Stop (157).

“The amount of food trucks we see downtown during the summer months has increased significantly over the past few years,” said Stefano Grande, CEO of the Downtown Winnipeg BIZ.

“Food trucks have a tendency of bringing the community together for a unique experience and that is exactly what happens during ManyFest!”

ChrisD.ca was a proud media sponsor of this year’s ManyFest.