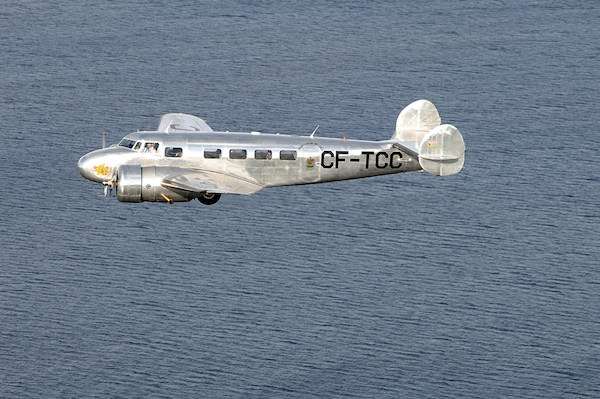 Air Canada’s Lockheed 10A vintage aircraft will touch down in Winnipeg this week in honour of the airline’s 80th anniversary.

The L-10A will be on public display at the Royal Aviation Museum from September 13-14.

The 10-seat plane is making a cross-Canada trek and took off from Vancouver on Saturday. It will overnight in Edmonton, Saskatoon, Regina, Winnipeg, Thunder Bay, Toronto, Ottawa, Montreal, and Halifax. Calgary, Sudbury, and Quebec City are also on the list of stops, as well as other communities should time permit.

According to the airline, the L?10A Electra was designed in the mid-1930s by the Lockheed Aircraft Corporation, to compete against the Boeing 247 and the Douglas DC?2. It was Lockheed’s first all?metal twin engine aircraft design, and was first flown on February 23, 1934.