Winnipeg’s ‘Loose Moose’ Dies Before Release Back into the Wild 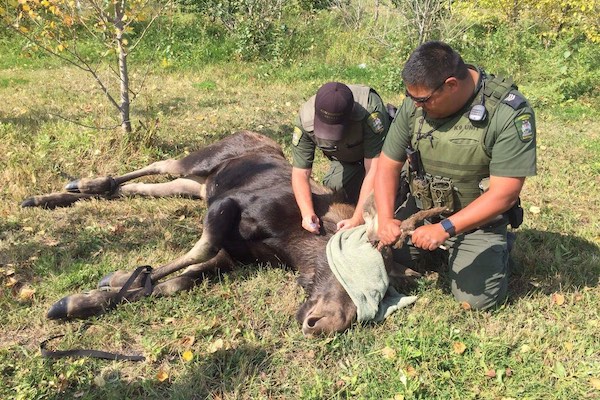 WINNIPEG — A loose moose that was the talk of Saturday’s Banjo Bowl and social media didn’t survive to be released back into the wild.

The young calf died from stress and exertion of running through an urban area combined with high temperatures at the time, according to the province.

The moose was first spotted last Friday in the Wildwood Park area of the city before it evaded capture. The moose then turned up again the following afternoon on the University of Manitoba campus near Investors Group Field, just as the Winnipeg Blue Bombers were about to host the rival Saskatchewan Roughriders.

Police closed Chancellor Matheson Road as part of their efforts to round up the animal with the help of Manitoba Conservation. Shortly before 2 p.m., the moose was hit with three tranquilizers and loaded into a trailer. Officials on Monday confirmed the moose later died.

Winnipeg police said the moose wasn’t injured during the ordeal, but the incident caused a minor delay to the start of the football game.