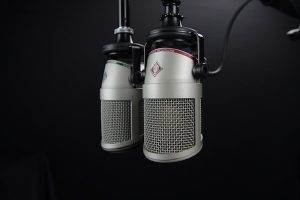 ChrisD.ca wants to know who radio listeners believe to be the most notable personalities at the city’s biggest AM and FM stations.

From now until the end of November, you can vote to have your say. This isn’t a popularity contest or a chance to choose your favourite personality. It’s an exercise to determine the most notable person at each station. The on-air talent with the highest profile and name recognition.

Think of it like this… when someone says the name of a radio station, who is the first person that comes to mind? That’s how you’ll be voting.

When Numeris releases the fall 2017 ratings book at the end of November, we’ll publish the results of the survey along with the latest numbers.

← Previous: Vintage Lockheed Aircraft Touching Down in Winnipeg Next: Winnipeg's 'Loose Moose' Dies Before Release Back into the Wild →
Tags: Radio | Winnipeg