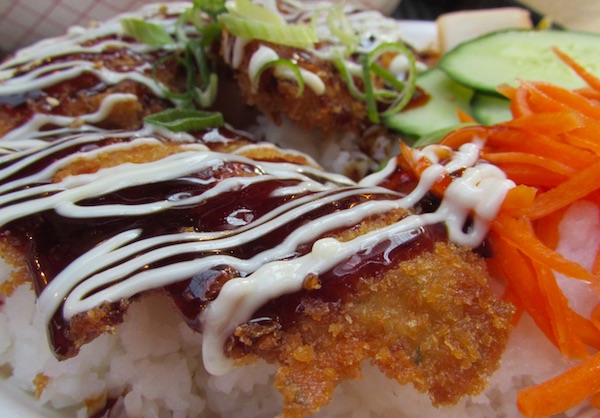 WINNIPEG — If you enjoy variety and lots of food options, you will love the revamped food hall at The Forks. It features menu items from around the world, including the delicacies from KYU Grill.

The reputation of KYU Grill proceeded itself. I had seen their food truck at events like the Food Truck Wars at ManyFest in years’ past. In fact, they took home the People’s Choice Award last Sunday.

Even though I knew that their reputation had been made with sandwiches like the Hiroshima, where grilled meat and all the trimmings are stuffed into a fresh submarine style bun, we decided to try a couple of other dishes. 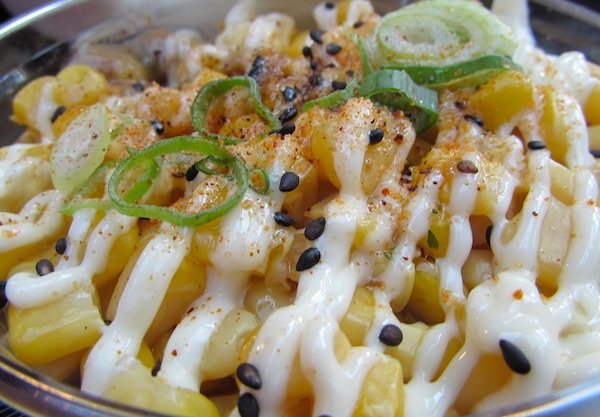 Their Japanese Curry was pretty good but we couldn’t figure out what the Japanese twist to it was. The chicken in it was sparse but the potatoes and veggies were lovely in the light curry sauce.

When I saw photos of fire-grilled corn on their website, I was looking forward to the treat that we often enjoy at the Merchant Kitchen here in Winnipeg. The side was served up after the corn had been removed from the cob, likely earlier in the day. It was tasty enough but has to be served just cut from the cob in order to elevate it to stellar.

Panko crusted chicken was the highlight of the experience. The morsels were crunchy on the outside, tender on the inside and enhanced by an Asian sauce for sweetness and a little punch. I would be tempted to order this again next time, except that I must try one of their signature sandwiches. 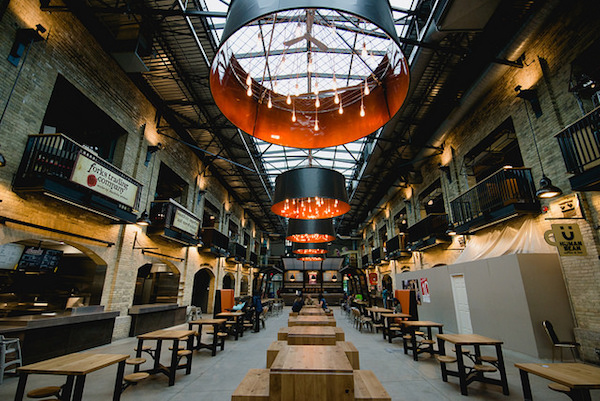 KYU Grill is owned by Calvin Truong and Peter Truong. Make sure you check their hours. The Forks website states the following: “The Forks Market Building is open all day from 7 a.m. to 11 p.m. but select tenants may choose to open earlier or stay open later at their discretion.” The Forks is wheelchair accessible.