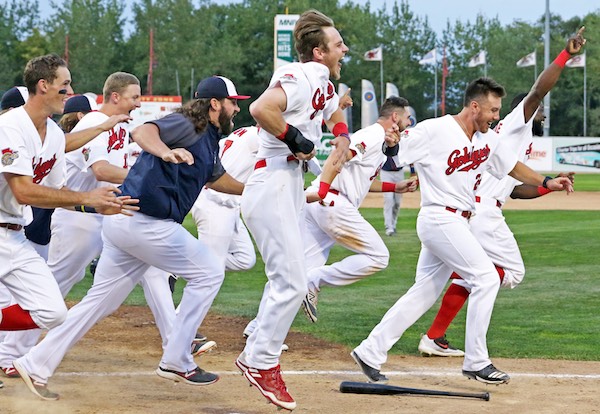 The Fish face the Wingnuts again on Thursday before returning home to Shaw Park on Saturday, September 16 for Game 3.

If necessary, the Goldeyes will play the fourth game on Sunday and a fifth next Monday, September 18.

Opening pitch for Saturday’s game is 6 p.m. as the Goldeyes look to repeat as American Association champions for the second season in a row.

Tickets for all Winnipeg home championship games are available at the Goldeyes box office or through Ticketmaster.