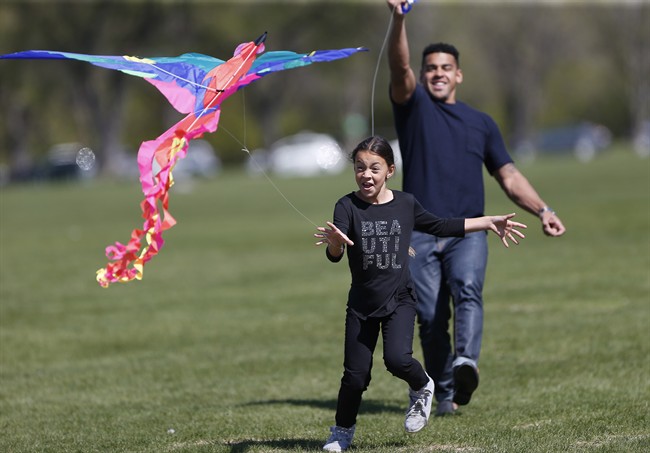 Winnipeg Blue Bomber Andrew Harris and his daughter Hazel fly a kite at Assiniboine Park in Winnipeg, Saturday, May 13, 2017. (THE CANADIAN PRESS/John Woods)

Harris will attend RMHC Manitoba and third party events as part of his community duties, be a spokesperson for the charity and advocate for its fundraising campaigns.

“After entering Ronald McDonald House with my nine-year-old daughter and meeting the wonderful team at RMHC Manitoba, we both left with a very warm feeling,” Harris said in a release.

“It’s an absolute honour to join an already amazing organization and mission. I am very excited to help bring more awareness and support and to get more involved with all the families.”

Ronald McDonald House will officially welcome Harris during a media event on Thursday.