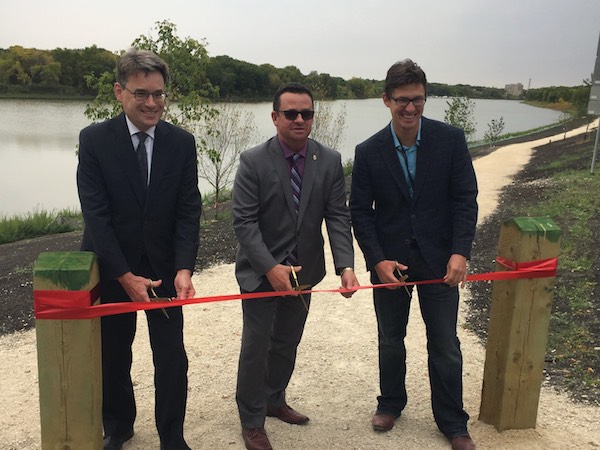 WINNIPEG — A project to stabilize the riverbank along Lyndale Drive is now complete through joint city-province funding.

An aging timber retaining wall originally constructed in 1976 was removed as part of the project, with rock-fill columns installed. Construction also targeted roadway re-alignment, a lower-bank granular trail with seating, a limestone terrace, and re-vegetation between Gauvin Avenue and Monck Avenue.

The stabilization will improve the reliability of the city’s primary dike, protect the nearby road and utilities.

“This project will not only provide functional upgrades to the riverbank through stabilization, but it has also improved active transportation paths in the area,” said Municipal Relations Minister Jeff Wharton.

The cost of the project was $5 million — $1.2 million under budget. The city provided two-thirds of the funding, with the province chipping in $2 million.