Dodge Zombies, Escape from a Coffin Fear the Living Dead 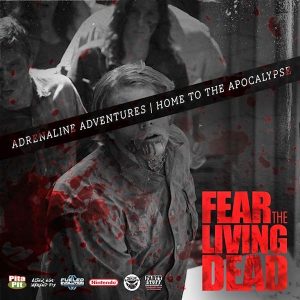 Two spooky attractions are making a comeback this year for the third annual Fear the Living Dead.

Winnipeggers will try to dodge live zombies at Adrenaline Adventures while attempting to escape a creepy coffin.

“In year one we offered a zombie chase that was met with wild praise and tears. Last year, we offered an escape game that many Manitobans loved. However, we found that most had their favourite year based on the game type, so we decided to offer both,” said Jay Hall, the event’s organizer.

Groups of up to four people can enter the zombie chase every five minutes, while two to 10 people can take part in the coffin escape.

“The zombie chase is far more intense, gory, and scary. The coffin escape is creepy, and disturbing. So basically, we feel like we’ve hit all points that a Halloween event should.”

Each chase or escape lasts between 20-30 minutes and is carried out by a group of actors wearing realistic makeup.

Fear the Living Dead runs on select dates from October 6-31. Tickets for the 16+ event are $25 and available by visiting FearWpg.ca, or at Refined Polo Park and Fueled Evolution on Kenaston.