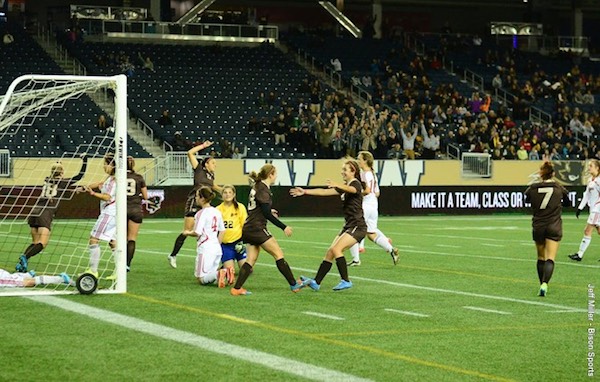 WINNIPEG — The University of Manitoba Bisons soccer team will return to Investors Group Field on Saturday for their third-ever U SPORTS match at a World Cup venue.

“We are very excited to have the opportunity to play once again at the world-class Investors Group Field stadium, where several matches of the 2015 FIFA Women’s World Cup took place,” said head coach Vanessa Martinez Lagunas.

The Bisons also announced the schedule and ticking pricing for the 2017 U SPORTS Women’s Soccer National Championship, being held in Winnipeg from November 9-12.

Saturday’s game begins at 2 p.m. Tickets are $10 through Ticketmaster and free for U of M students.