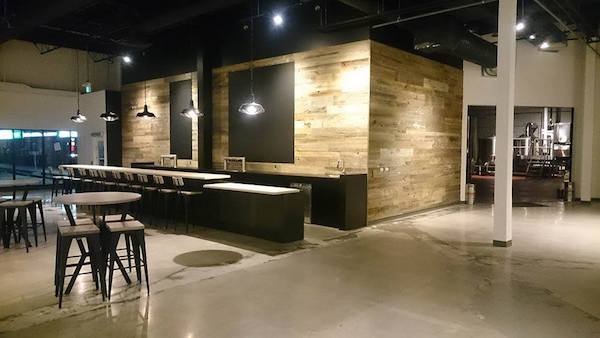 Winnipeg’s newest taproom and brewery are now open in the south end of the city.

Stone Angel Brewing opened in early September, but now has the suds flowing on a spacious taproom serving up two new beers.

“The taproom experience is essentially a tasting room for the brewery,” said Paul Clerkin, one of the three partners.

“It’s where customers can come, have a couple of pints of our regular beers and try out any new or small-batch beers that we have produced.”

The 8,650 square foot brewery at 1875 Pembina Highway sits on the former site of Vodka Rocks and includs a large west-facing patio.

The brewery is currently kegging its beer for growler fills and will eventually open a canning line.

Paul McMullan, president and COO, says Stone Angel is also introducing Winnipeg bars and restaurants to its line of beers.

The brewery’s first beer, Luther’s Folly, was well-received by beer-tasters in June when it debuted at the Flatlander’s Beer Festival.

The taproom will be open Wednesday through Sunday, and the facility will also be available for event rentals.

← Previous: Police Shoot Man Dead During Confrontation in the Maples Next: Man in Critical Condition After Possible Hit and Run →
Tags: Beer | Winnipeg