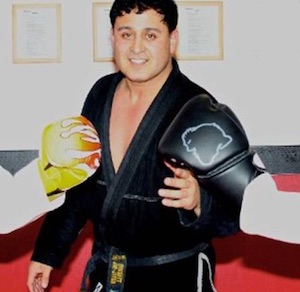 A member of the Winnipeg Fire Paramedic Service has been accused of sexually assaulting underage victims over a period of years.

Police say 52-year-old Manuel Vladimir Ruiz is alleged to have developed a relationship with a young female victim in 2001 when he owned Combat Jiu-Jitsu on Sherbrook Street. Ruiz was 36 at the time of the alleged assault.

Police identified a woman as the second victim, where it’s believed she was sexually assaulted at a different location in the city between December 2005 and December 2006.

A third victim — a female youth — was also accused to have been sexually assaulted when the suspect responded to an online ad for sexual services between December 2015 and December 2016. The victim was still under 18 at the time and provided services over a period of time until recently.

Police say all three victims identified Ruiz as a member of the WFPS who owned a jiu-jitsu studio.

Tom Bilous, vice-president of United Firefighters of Winnipeg, says Ruiz is an acting captain with 25 years of service.

“Absolute shock and great concern for all of our members,” said Bilous of the charges. “This is really out of the blue.”

Bilous said Ruiz has been placed on administrative leave.

“He won’t be out in the public until these charges play out,” said Bilous.