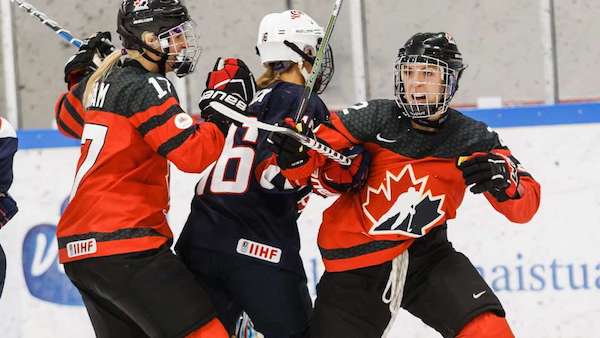 Canada’s national women’s hockey team will face the U.S. in a pre-Olympic game in Winnipeg on December 5. (HOCKEY CANADA)

WINNIPEG — The city will play host to Canada’s national women’s hockey team this winter as part of a pre-Olympic six-game series against the United States.

The 28-player roster will be finalized in the coming weeks to face off against their southern rivals on December 5 at Bell MTS Place.

“It’s always an honour for the City of Winnipeg and our venue to be selected as a host venue for Team Canada and we’re excited to once again showcase this high level of hockey to all our fans,” said Mark Chipman, executive chairman, True North Sports + Entertainment.

The Olympic hopefuls will play three games in Canada, kicking off at the Videotron Centre in Quebec City on October 22. Canada’s National Women’s Team will also take on Team USA south of the border on October 25 (Boston, Mass.), December 3 (Minneapolis, Minn.) and December 15 (San Jose, Calif.).

Canada’s National Women’s Team has won four consecutive gold medals at the Olympic Winter Games and will go after a fifth when the puck drops on February 11, 2018, in PyeongChang, South Korea.