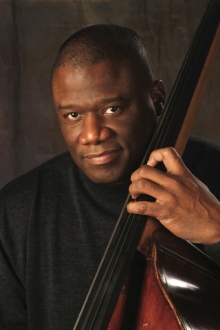 “Damned if you do, damned if you don’t” seems to be the take away from a Manitoba story that recently broke. The story sheds some light on the pitfalls of reference checks, from all sides of the employment relationship.

This week, CBC Manitoba reported on a story coming out of the University of Manitoba. This summer, Steve Kirby, a jazz musician and professor at the university’s music school retired. However, his retirement came after a six-month leave, which followed a complaint of sexual harassment filed by multiple students in February. CBC received a copy of the University’s report, which was dated June 12, 2017 and concluded that the allegations had merit and that Kirby’s conduct with one female student, in particular, constituted “sexual harassment.” It also concluded that his behaviour would have created a work or learning environment that was “intimidating, humiliating or offensive” for female students. Kirby denied the charges.

But that’s not the story. The story is that this school year, Kirby took a teaching position at Berklee College of Music, located in Boston, Massachusetts; a move which rightly had students concerned, given the circumstances under which he left the U of M.

Upon learning of the investigation at U of M, Berklee placed Kirby on leave as it was news to them. A representative from Berklee said that as part of their pre-employment screening, they had spoken with individuals at the University of Manitoba, but none of them spoke of the allegations and the references were “uniformly positive.”

The U of M, meanwhile, doesn’t know who was contacted at the university. John Danakas, the university’s public affairs executive director, said that neither the dean, the associate dean, the president’s office, nor the HR department were contacted to provide a reference.

But had they been, there’s little they could have said, according to Danakas and university policy. The U of M is a public employer and as such, is covered under Manitoba’s Freedom of Information and Protection of Privacy Act (FIPPA), which states that without consent, a former or current employer can only confirm employment, position, title and years employed. This effectively eliminates their ability to disclose something negative without the employee’s consent.

Tracey Epp, a Winnipeg-based employment lawyer, was interviewed as part of the story and said that while FIPPA deals with public employees, all employers are covered by another piece of provincial legislation; the Personal Investigations Act, which imposes similar limitations. Epp said that she most often advises clients to not give a reference at all, and if they do, to stick to the objective areas.

There is some hope for sanity in this potential legal minefield. While Manitoba employers may be playing it safe when it comes to personal details and potential litigation, a case in Ontario established some guidelines. This April, a decision by the Ontario Superior Court ruled in favour of the employer in a case where a former employee sued a former employer for a negative reference. The court upheld that the former employer was covered by qualified privilege, which, provided the statements weren’t made with malicious intentions and were based on verifiable information, allowed the employer to provide an honest reference without exposing themselves to liability.

While I appreciate the university’s desire to not open their doors, and wallets, to litigation, staying silent in a case like this puts covering themselves before the well-being and safety of students. If our provincial privacy legislation truly prevents a former employer from giving an honest reference, when the employee has provided a prospective employer with their name, then the legislation isn’t doing its job. If that’s our legal reality, the only winners are those who have been deficient in their jobs, while the losers are every employer hoping to make a good hire and every employee who has done their job well.