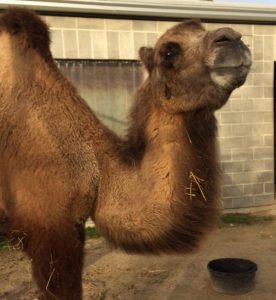 Perry, a 23-year-old camel at Assiniboine Park Zoo, has been euthanized. (FACEBOOK)

WINNIPEG — Assiniboine Park Zoo has put down a 23-year-old Bactrian camel due to age-related conditions.

In a Facebook post, the zoo says Perry had been under the care of veterinary staff for some time until the decision was made to euthanize her.

“Perry will be missed by all staff, volunteers and visitors, but in particular by the staff and zookeepers who cared for her over her long life at the zoo,” the statement said.