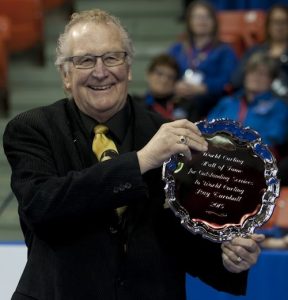 Ray Turnbull, a member of the World Curling Hall of Fame and Manitoba’s 1965 Brier championship team, has died. He was 78.

Curling Canada said on its website that Turnbull died of leukemia at the Winnipeg Health Sciences Centre.

Born in Huntsville, Ont., Turnbull rose to prominence as a curler in Manitoba. He served as the lead for Terry Braunstein’s squad that captured the ’65 Canadian championship and finished runner-up to the United States at the world men’s championship in Perth, Scotland, later that year.

Turnbull became a successful analyst after his career and was part of TSN’s curling broadcast team from 1985-2010.