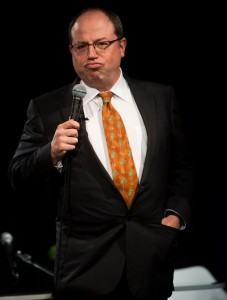 Butt is currently working on an animated version of his hit television comedy, “Corner Gas.”

The funnyman will play for a Winnipeg crowd on January 13, 2018.

Tickets go on sale Thursday, October 12 at 10 a.m. through Ticketmaster starting at $29.