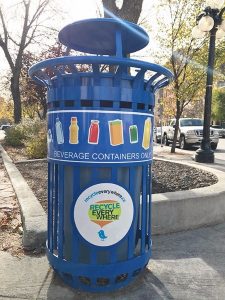 WINNIPEG — Litter rates for empty beverage containers are decreasing across Manitoba as more people toss them into the recycle bin instead of the landfill.

New numbers from the Canadian Beverage Container Recycling Association (CBCRA) and its Recycle Everywhere program show both Winnipeg and Brandon deceased their litter rates by 74 and 87 percent, respectively, in 2017.

“Manitobans are putting more effort into keeping their city streets clean, which includes thinking about where they place their beverage containers once they’re empty,” said Ken Friesen, executive director of CBCRA.

“With an increased focus on placing more Recycle Everywhere bins throughout the province and targeted promotional and education campaigns, CBCRA continues to support litter reduction in cities and communities in Manitoba.”

The audits were conducted by third-party consulting firms who execute litter audits across North America. The study classifies litter in two ways: “large” litter for items more than four square inches in size and “small” for anything less. Empty beverage containers are considered large litter items.

According to the CBCRA, Manitoba’s beverage container recovery rate was at an all-time high in 2016 with 70 percent of such containers being recycled. 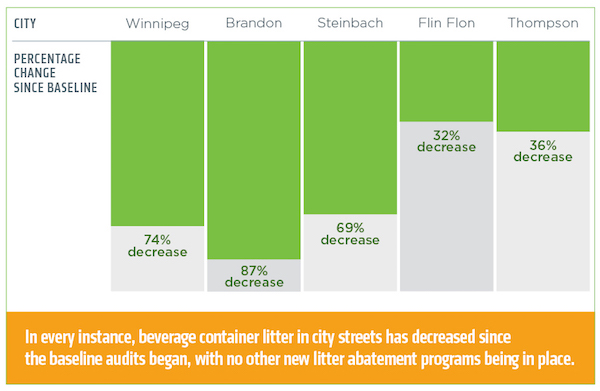