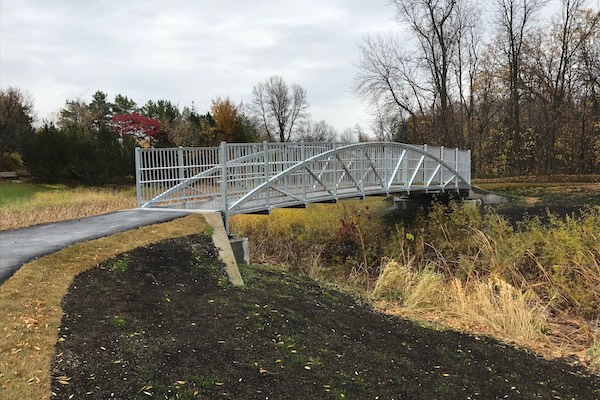 The new pedestrian bridge in King’s Park, located on the north side of the pond. (CHRISD.CA)

A new pedestrian bridge in King’s Park is now open in south Winnipeg.

The bridge is one of two new replacements for aging infrastructure in the park. The bridge on the north side of the park’s pond opened on Saturday, while the second bridge on the south side will be installed in early November. 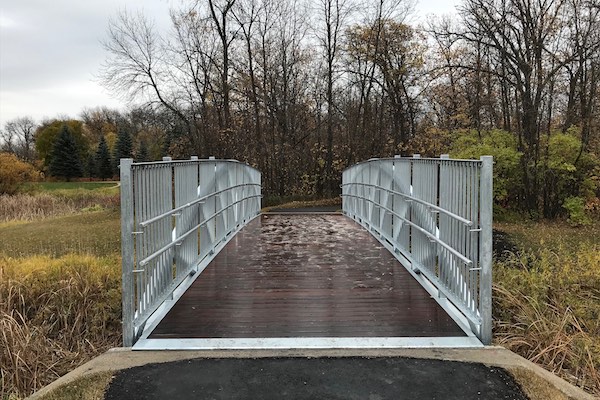 The bridge is part of a $2 million investment by the city in King’s Park. Other improvements include recent riverbank stabilization, asphalt paths, new park furniture such as benches, picnic tables and fire pits. The city says the popular waterfall feature will be reestablished for the 2018 season.

The new steel bridges with a wood deck will also have a red arch accent to compliment the red Asian teahouse style pagoda located in the park, though they won’t be painted until spring when weather and temperatures are more conducive.

The cost of replacing the bridges is approximately $400,000 for design, construction and landscaping.