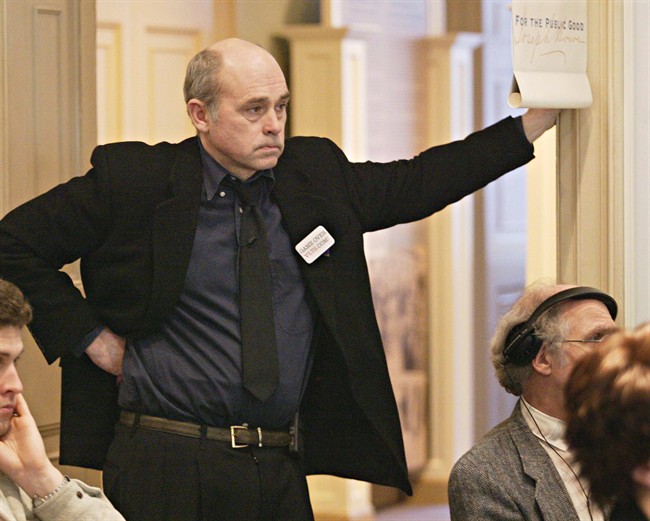 Actor John Dunsworth listens to a speaker at a news conference in Halifax on April 12, 2005. Actor John Dunsworth, best known for playing Jim Lahey in the comedy series “Trailer Park Boys,” has died. His daughter Sarah Dunsworth confirmed the news in a statement posted to her Twitter feed Monday evening. She says Dunsworth died “peacefully after short and unexpected illness.” (THE CANADIAN PRESS)

The news was confirmed in a statement posted on his Twitter feed Monday evening.

“With heavy and broken hearts the family of John F. Dunsworth would like to let people know that our amazing husband, father and grandfather John Dunsworth has passed away,” the statement said.

“John left this world peacefully after a short and unexpected illness. The family would like to request that our privacy is respected during this time of grief.”

But Dunsworth was also involved in community theatre for decades.

Condolences for the revered actor were pouring in on social media Monday evening.

American comedian Tom Arnold wrote on Twitter: “So sad. RIP John Dunsworth. One of the finest men and most brilliant actors I’ve ever had the honour to work with.”

Fans were recalling some of his most notorious moments on the “Trailer Park Boys,” including when Mr. Lahey declared: “I am the liquor.”