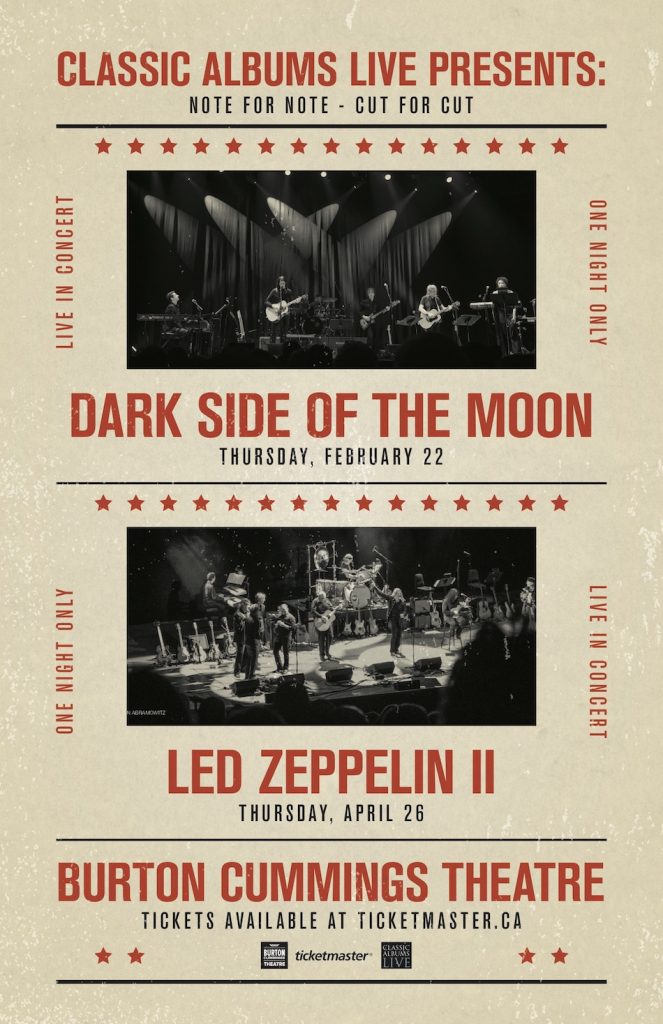 The greatest music albums from the 1960s and 1970s will be recreated on stage of the Burton Cummings Theatre next year.

Classic Albums Live will take fans into each note of entire albums from some of the most well-known songs of those two decades.

“This has never been done before,” said series producer Craig Martin. “There’s a real thirst to hear these albums performed start to finish. For many of us this is the music we grew up with – the soundtrack of our lives.”

Classic Albums Live will be bringing two iconic albums to life with Pink Floyd’s Dark Side of The Moon, February 22, and Led Zeppelin II, April 26, at the Burton Cummings Theatre.