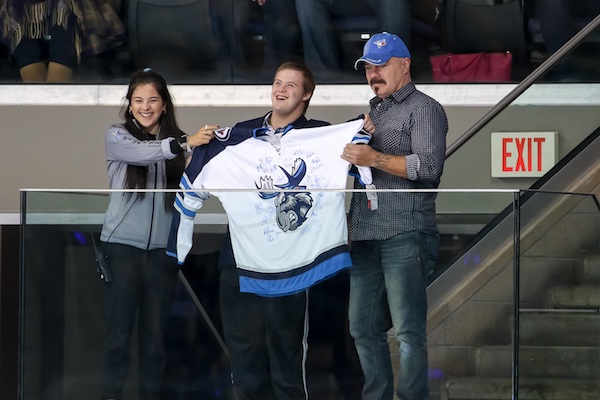 The Manitoba Moose have launched a new Community Playmaker program, recognizing members of the community who give back through the work they do.

The Moose will honour individuals during their games on Friday and Sunday.

“Whether it is a part of their occupation, coaching or any other avenue of volunteerism, the Manitoba Moose feel it is important to recognize those who make a difference,” the team said in a release.

Nominations are open by visiting moosehockey.com/communityplaymaker.